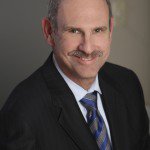 Fred Starker was a Partner at Imowitz Koenig & Co., LLP (“Imowitz”), Certified Public Accountants, and a Principal of RESIG, a real estate consulting firm and an affiliate of Imowitz until his retirement in June 2016. Fred joined Imowitz in 1992, and became Partner in 1994, and was a Principal at RESIG since that company’s inception in 1999. He continues to provide consulting services to Imowitz and RESIG. Fred also served as Chief Financial Officer of New York Mortgage Trust, a publicly traded REIT, from 2010 until 2014 and currently serves as Chief Financial Officer of GreenAcreage Real Estate Corp. Prior to joining Imowitz and RESIG, he served as a Vice President of Integrated Resources, Inc., a publicly traded real estate and investment company, from 1988 to 1991, and as the Chief Financial Officer of Berg Harmon Associates, a real estate investment company, from 1981 to 1988. Fred is a certified public accountant, and received a B.A. from Queens College and an M.S. in Accounting from the State University of New York at Albany. He is a licensed real estate salesperson in NJ.